Lancaster bomber in 1/48 from HK Models, Flyhawk and a lot of new kits from Kovozavody. 0
Added: 07-06-2021 in category: New products author: Wojtek 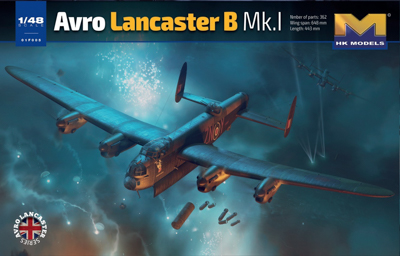 Warning, bombers incoming!!! To be more precise - Lancaster bombers in 1/48 scale from HK Models. One of the biggest existing model kits in 1/48 scale is now available in our offer. However if you find this model too big for your liking then maybe some British carrier planes in 1/700 scale from Flyhawk would suit your taste? Besides those airplanes we also have, in the same scale, model kit of SMS Lützow battlecruiser in a special edition boxing. There was also a large delivery of aviation model kits from Kovozavody. 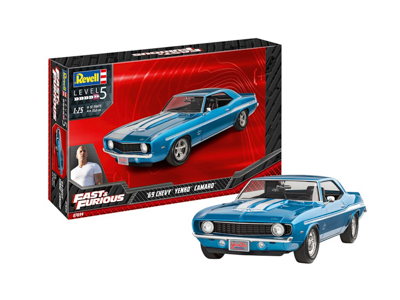 Today we have something for modellers who fancy model cars and warships. Well known Revell of Germany introduced to their offer 1/24 scale models of cars from "Fast and Furious" movie. They have prepared four sets that feature Chevrolet Camaro, Dodge Charger, Plymouth GTX and Mitsubishi Eclipse. Also they added some other car models like e.g. Volkswagen T1. There is also a lot of novelties from Japanese manufacturer Fujimi. There's a lot of cars, but also some warships in 1/350 and 1/700 scale, details sets for ships and even some Japanese castles. Among all those new items, you can even find some new airplanes and vehicles. 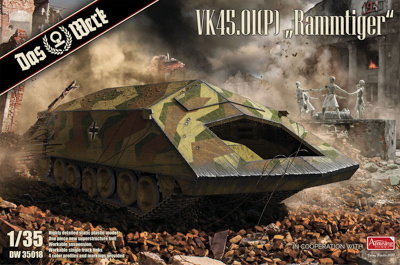 We received new kits from Das Werk, Pit Road, Heller and Eduard. German Rammtiger is probably one of the weirdest AFV's from the WWII era. Only one was produced and we wonder why... Thanks to the Das Werk you can make this vehicle in 1/35 scale to put it on your display. Will it become a centerpiece of your armour collection is, on the other hand, a matter of taste :-)