Helicopters (or rotary wings aircraft) are a separate category of flying machines and as such are a separate category of model kits in our shop. Though less popular than aircrafts, they have their fans and enjoy unwavering popularity. Their massive differentiation, multirole capability and interesting history speak to a considerable number of modellers. Among many machines available are replicas of not only the most popular helicopters like Mi-24, Mi-8, UH-1 Huey, AH-64 Apache or Eurocopter EC-135, but also other lesser known constructions. 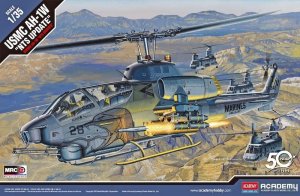 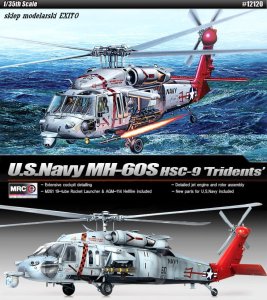 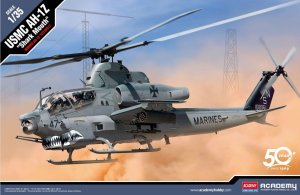 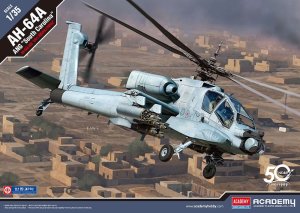 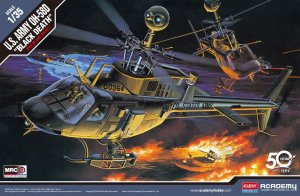 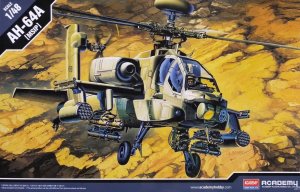 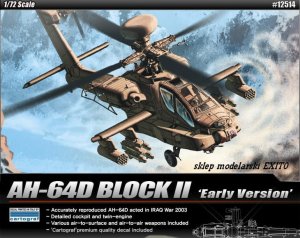 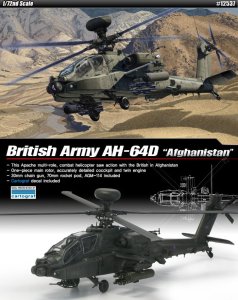 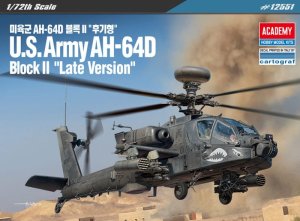 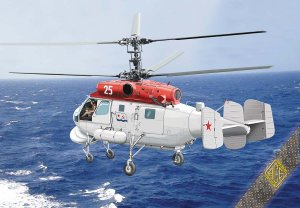 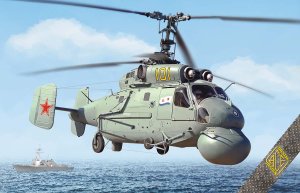 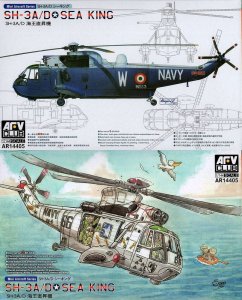 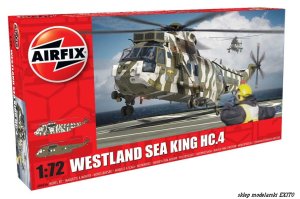 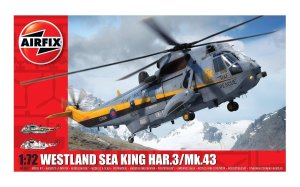 A distant forefather of modern helicopters was designed by Paul Cornu, a French bicycle manufacturer. His machine took off the ground in 1907. For many years attempts to produce a fully steerable helicopter were made. One of the first successful constructions of the type were, constructed in the 1940's Flettner Fl 282, which took a role of liaison and observation aircraft and, designed and constructed between 1939-1941 in the USA by Igor Sikorsky Vought-Sikorsky 300. His design of a machine with a main and tail rotor is nowadays widely used and regarded as a "classic" helicopter configuration.

Technical progress that took place after WWII greatly sped up the helicopters' development process. Due to their unique traits, especially vertical takeoff and landing and ability to hover in one place above the ground they became invaluable for military use as well as for transport duties or emergency services.

Armies around the whole world discovered potential that lies in the rotary wing aircrafts. At the beginning they were used mainly for transport duties (like Mi-8 or CH-47 Chinook) and reconnaissance missions, however they soon received armament and became attack or combat machines. In those roles they were used e.g. in the Vietnam War or during the Afghan War. Many famous models have their place in history: American UH-1 Huey, Soviet Mi-24 or, again, American AH-64 Apache.No matter their role, helicopters are contemporary machines without which no army in the world can operate.

Helicopters are also put into civilian use. A very popular helicopter that is used for passenger transport, often VIPs, but also used by police forces and air ambulances - also Polish - is multirole Eurocopter EC-135. An example from the other side of the spectrum can be a massive in size, Russian transport Mi-26 helicopter.

Helicopter models are usually more complicated than kits of popular monoplane aircrafts. It doesn't mean though, that they cannot be built by less experienced modellers. Such kits are produced by many different manufacturers in different scales, so everyone would be able to choose something that fits their needs and interests.

It is worth remembering that helicopter models are usually sold without paints and glue, so it's worth buying them together to build this kit. Usually the manufacturer gives some colour recommendation on the packaging or in the instructions, however we can also choose the colours by ourselves or ask our shop's staff for help.